We are a major U.S. manufacturer of custom stainless-steel vessels and equipment. If you need something mixed, stored, piped, processed, or fermented, our team of engineers can make it happen. We have the capability to internally produce tanks as large as 42’ tall and up to 15 tons.

The 2022 Great American Beer Festival took place October 6-8th in Denver. Congratulations to all our brewery partners on winning various awards throughout the event! MARKS is proud to build equipment that brews award-winning beers! Check out these breweries below.

Replacing a brewhouse comes with its challenges. Installation costs can be significant, not to mention the loss in revenue due to being unable to brew. Alternatively, breweries can sometimes expand their existing brewhouse by adding additional hot side vessels. When Mike Branes of Migration Brewing Company needed to add a separate 20bbl whirlpool to his brewhouse, he knew exactly who to call. While the brewhouse was not originally built by MARKS, we were able to custom engineer a whirlpool to his specifications and needs. Utilizing the MARKS field services team, Migration brewing installed new sanitary pipe and expanded the size of the heat exchanger for rapid knockout. Overall the brewery was only affected for a couple of days rather than weeks and can now increase the total throughput of the brewhouse.

El Sueñito had some beautiful tanks arrive in early October. El Sueñito is a fellow Pacific North West company based in Bellingham, WA, just a short jog from MARKS in Vancouver, WA. We can’t wait for you to open so we can try a beer made in these tanks!

Our MARKS Design and Metalworks team has been asking the same questions about the import supply chain that beverage producers are struggling with. For years, we’ve offered a line of value-priced import tanks to provide our customers with options for lower price points. But recently we concluded that the import option from overseas was becoming increasingly unsustainable.

Here’s how we came to that conclusion.

Let’s say you are interested in purchasing some new brewery equipment. Getting tanks from an overseas manufacturer was an excellent option for helping keep craft brewing equipment costs in line. But now you’re discovering like we did, that importing raw materials and finished products from overseas can have a  lot of hidden costs and unforeseen delays that may sour the sweet taste of those surface savings.

Is the price you agreed to the actual price you will pay?

Read more about the topic HERE

What is a Fermentation Tank?

A Fermentation tank is the vessel used to house wort and yeast in the production of beer. Fermentation tanks aka fermentation vessels come in many different shapes and materials. Features vary widely based upon application and budget, but generally speaking there are three non-negotiable considerations when looking for a fermenter; The fermenter must have the ability to be repeatably sterilized, it must have some form of temperature control, and it must be able to seal its contents from any exposure to oxygen. The simplest fermenter commonly used is that of a glass carboy. This is almost exclusively used by homebrewers, but it does check all three boxes. Being glass, the carboy can be sanitized through the use of a sanitizing agent (commonly iodophor). An airlock or blowoff tube is used to expel the CO2 developed during fermentation while not allowing air back into the vessel. Finally, some of the more technical homebrewers will place carboys in elaborate refrigerators allowing them to control temperatures. There is nothing stopping a homebrewer with this fermentation setup from making a world-class beer one time. Difficulties arise in scaling from a hobby to a commercial application. 5 gallons of infected beer hurts to pour down the drain, but 50,000 gallons poured can cost a brewery tens of thousands. This is why MARKS DMW produces commercial fermentation with a variety of features reducing the risk of failure while increasing repeatability.

MARKS will be at the Washington Craft Beer Summit on November 4th!

Want to see MARKS in action? Checkout this video! 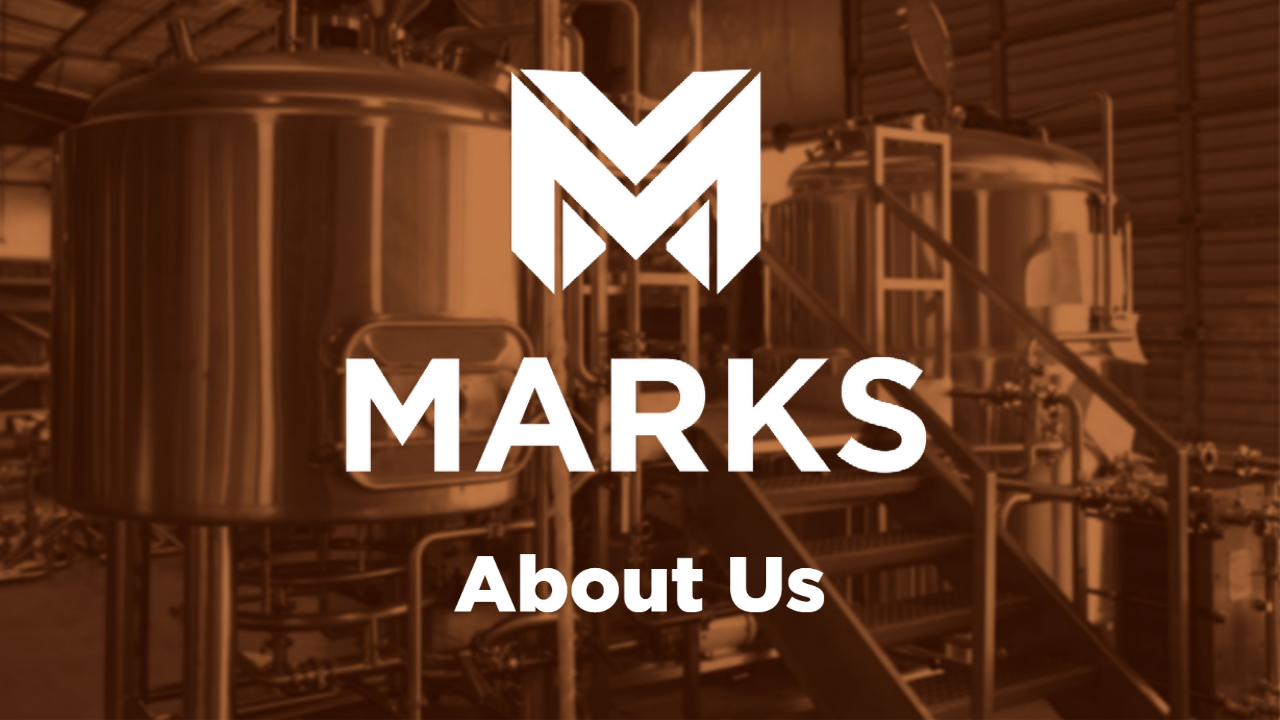