As the demand for “healthy” alcoholic beverages grows, breweries are looking to diversify their product offerings. Many have their eyes on low-calorie, light-tasting drinks like hard seltzer. But can a brewery make hard seltzer? As it turns out, yes! Most breweries are in an excellent position to add hard seltzer to their existing product line. Learn from Jim Weatherwax at Oskar Blues Brewing Co. how the company built on their long history of innovation to launch the first national craft hard seltzer with Wild Basin Boozy Sparkling Water. 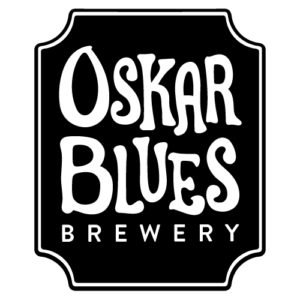 Crafted and canned at Oskar Blues’ Longmont, CO, facility, Wild Basin uses water from the St. Vrain River to create a liquid as clean and pure as its Rocky Mountain origin. Their Boozy Sparkling Water is vegan, gluten-free, and contains just 1 gram of carb. Their new beverage is available in a wide range of contemporary flavors and is designed for the outdoorsy craft drinkers who enjoy living an active lifestyle. Another great thing about this company is that a portion of proceeds from each Mix Pack sales goes towards supporting river and beach cleanups nationwide. Oskar Blues Brewing Co. shares some insight on how a brewery can make hard seltzer.

Q:  What led to the discussion about adding/diversifying product in your lineup?

A:  Back in 2017, we looked at the fact that we had a lot of capacity. Beer sales were slowing a bit at the time.  Everybody was into IPAs. So our group focus was, what’s going to be next? Our CEO, at the time, was living in Florida and pointed out that seltzer was pretty popular. He challenged our brewing team to figure out a way to do it. We spent probably 18 months in development. How to do it, how to make sure it didn’t have off-flavors, how to make it clear, how to make it efficient. Once we figured out how to make the product base, we started looking at flavorings. We got the marketing team involved. They did a bunch of market research to find out what flavors people were getting into and what was going to be the next flavor craze. Then we started building a set of products based on our findings. 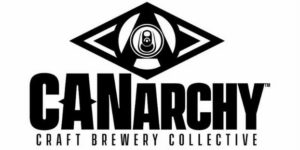 A:  For us, it was taking all the knowledge we have in fermentation and making beer, and making a clear malt/sugar base liquid that would have the right flavor profile for us and the right alcohol content. It took a lot of peoples’ hard work and effort to make it happen. I can’t tell you how many times we thought we had it, and it didn’t ferment outright. We thought we had it, and we blended it with flavoring we didn’t like. It took a lot of work to get to the final product.

Q:  Did your existing customer base take on the new product, or was there an effort to reach a new sector of consumers? How can a brewery make hard seltzer and market it well?

A:  We did have some pre-production batches available in the tasting room. We also did a lot of offsite testing and taste panels. We tried to keep it off the radar to get the recipe where we wanted it before we got it out to people. Once we were happy with it, we started putting it in the tasting room. We started canning it. We formally released it in January of 2019. Initially, we did the first 4-flavor mix pack. Now, we have two mix packs and several flavors in development. We are planning to release a new pack in December.

Our marketing team did a lot of focus work on it. They took it upon themselves to build that new customer base and bring it into the existing customer base. And we make it easy to find.  If you go on our website, there’s the beer finder, and you can search for locations with Wild Basin there.

Q:  Has this met or surpassed your goals for this new product as a percentage of your total production?

A:  In year 1, it definitely did. Now we look at it as a bigger piece of what we do. We have done a bunch of expansion work around it. We have brought in new tanks. We had a special can line built for it so we can run the sleek cans on it. We have built processing systems for it. A lot of our proprietary filtration systems, we’ve had to add a lot of equipment to that. We are looking at what the market is telling us it will take, and we are doing everything we can to produce what we can to make it. 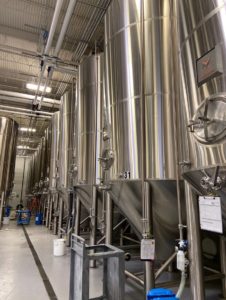 Q:  You mentioned some new equipment, did it require any other equipment or brewery reconfiguration?

A:  Yeah, we added filtration. Right now, we are putting in a blending skid for it. Kind of change some way we have done some filtration. We have moved some tanks around to build an area that just processes that so we can keep it separate from the beer.

Q:  How does the method of distribution/logistics differ from beer?

A: It’s very similar. The one difference is you don’t have the same oxidation problem that you have with beer. We can ship it warm. We can put it on a dry truck, which is better for the environment. You’re not running refrigeration while you’re getting there. We also ship a good amount of it out with beer, so in that case, it’s going cold.

Our distribution network was really excited when they found out one of their craft partners was going to be doing a craft seltzer. They were excited that we would be able to do it in the volumes that we were. It was nice to have the distribution team excited about it and willing to push it.

Q:  Were there additional challenges for the new product that is different from beer?

A:  All the QC is pretty similar. It’s just taught us that when you want to bring something like this to market, you have to be way ahead of the curve. You are not getting your flavors from a malt or a hop. You are trying to work with flavoring compounds and trying to build the right mixes.  As an example, the berry pack that we came out with in 2019, we were actually developing in February of last year. It taught us to work a lot more in the future in terms of development and innovation.

Q:  Are you able to exploit existing synergies in the brewery to help your transition into this new market segment?

A:  The team was the biggest synergy. It was weird at first. You start telling people who got into brewing to make beer, and you tell them about seltzer. They just kind of rolled their eyes. Then they tasted it. They thought about it. They then looked at the ways we had to innovate to get around it. They finally got excited about it. They got behind it, and that’s what made it all possible.

Now everybody wants to make it better. They are coming up with ideas for flavors. These new ideas get passed on to Tim and the innovation team to make it possible to bring it to market.

Q:  What steps have you taken to mitigate the risk of this new venture?

A:  We were able to mitigate the risk at first because when we released it, we were able to look at canning it on the Wild Goose systems that we had into the sleek can. Once we started getting the orders and hearing from our distributors about their excitement levels from the pre-production batches, we got comfortable enough to build our new canning line for it. But that was probably our biggest risk going into it. It was spending that amount of money on all the package equipment and packaging material. We were never in sleek cans before we released this product.

Q:  Are you able to utilize and cross-train your existing labor of brewers, or do you have to recruit new employees?

A:  The production itself, the brewhouse and cellar, those are the same people that are doing the beers. Because of the mixed packing, we had a separate crew that focused on the Wild Basin. Now, it has progressed, so it’s the same team doing everything across the board.

Q:  Now you’re a year in, would you approach this project again any differently?

A:  No, I think we made the right approach. We knew it was something we had to figure out. We took our time and pushed to get everything right before we released it. Where in beer, a lot of times, you can build some of these recipes on the fly as they go out. I think it taught us a new way to innovate. I think we will continue to do that with beer and any kind of other products moving forward.

Q:  Any advice you would give to another brewery thinking of diversifying into a new market segment like seltzer?

A:  Always look for your ideas and the next big thing. I can honestly say going into this, it was a bit defensive. I thought, “Really? Carbonated, alcoholic water? Really?” As I started learning more about it, started tasting it, started working with it, it was a really fun project, and we are really proud to have it.